September, 2021: The staff, workers, customers and neighbors of Wi Spa have been subjected to racist violence and terror by far right extremists over the past few months. It is time the Asian communities recognized and supported Wi Spa. 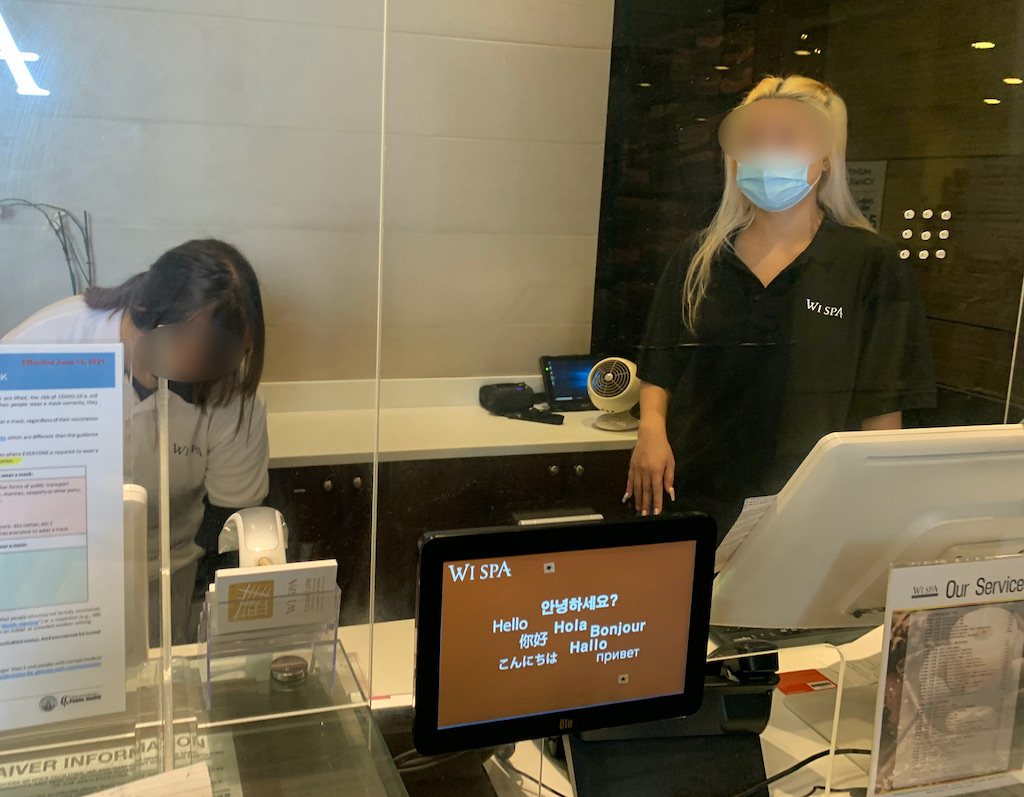 “When they (Proud Boys) come to protest, the police shut down this place for over 3 hours. We cannot make money, customers afraid and cannot go in and out and people don’t want to come near. This is very bad for us and for business.”

About 30 members of the “Proud Boys”, an armed white supremacist paramilitary group have come to Westlake on the east edge of Koreatown twice to protest Wi Spa for serving transgender people.

They believe transgender people should not be served. A video was allegedly shot of a transgendered person displaying genitalia inside the spa during the summer. The video went viral on far right news stations and Fox Mews. Then L.A. transgender activists were targeted on social media. Then, the protests began.

When these people attack Wi Spa’s right to serve trans people with their threats of violence, dozens of workers and customers are stuck inside and terrified. For Manager Jonathan, a Korean American and the Korean workers and staff, it means loss of income and a bad reputation. The surrounding neighborhood is forced to avoid the area including a high school located just 1 block north of the spa. Two people were stabbed at one of the confrontations and one pro-Wi Spa supporter was shot by the LAPD with rubber bullets.

The media has portrayed the Wi Spa incidents and violence as a protest by far right extremists against Wi Spa for allowing a transgender customer into the spa.

Although the intent of the Proud Boys is to express their homophobia and hatred for the LGBTQ community, their actions are anti-Asian racist in nature regardless of intent due to the terror and damage to Korean workers and it’s owners and customers.

Extremists like the proud Boys now have the arrogance and audacity to organize terror demonstrations into L.A.’s majority people-of-color neighborhoods.

“We are only following the law. The law says we cannot discriminate against transgender people. What is wrong with that?”

System changers, progressives and reformers must work with and unite the broad masses of working class folks, small business and urban professionals especially in our POC communities against the far right. At the same time we must continue struggling with liberals over economic and foreign policy issues influenced by the republicans and win them over to the most progressive stances at the moment.

Please contact PANA at [email protected] to endorse this position in support of Wi Spa and against fascist violence against transgender people.

The video is portrayed as a negative example and condemns Wi Spa. The spa asserts it is simply obeying CA Civil Code 51B which forbids discrimination against transgender customers. Moreover, records at Wi Spa do not show any transgender customers coming to the spa on June 23 for appointments. 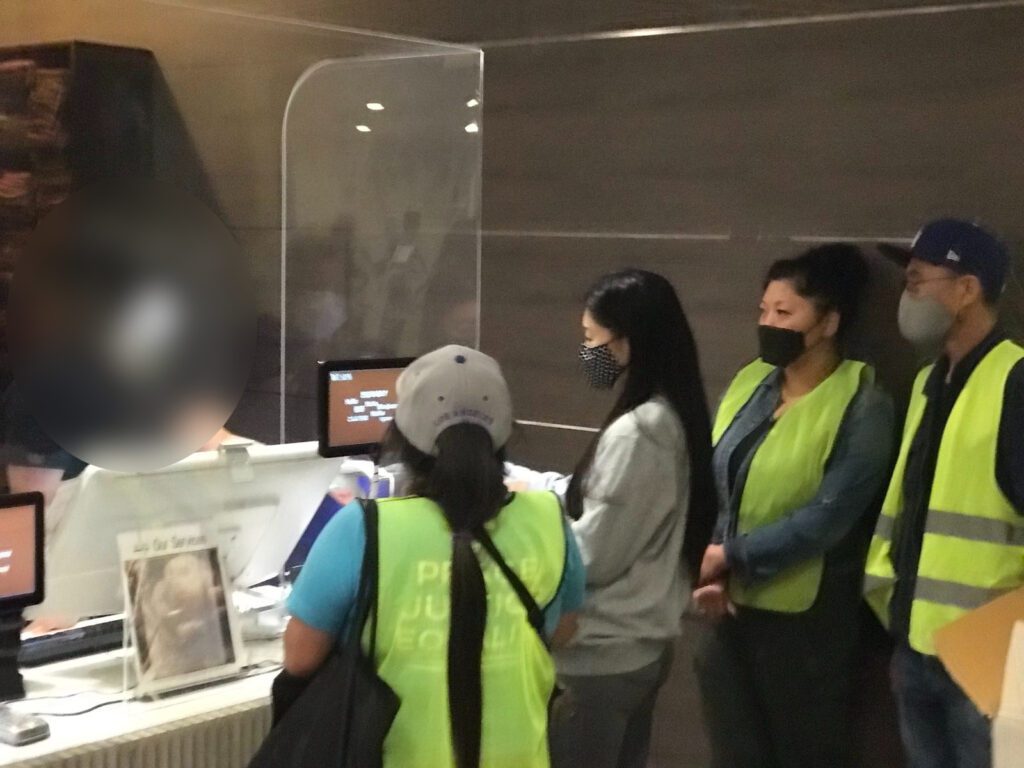