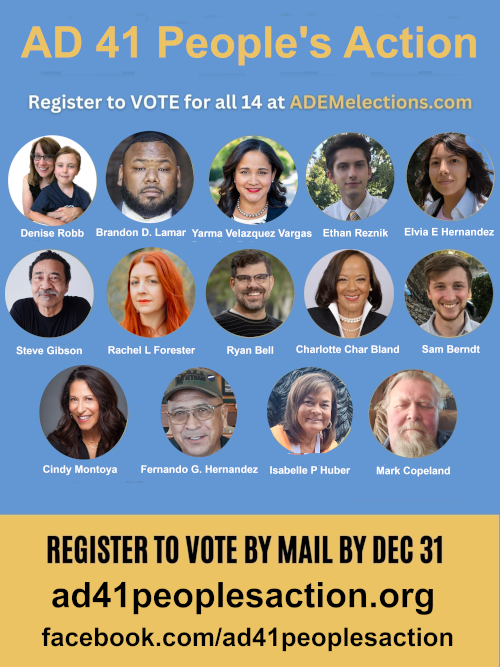 PANA members engage in Assembly Delegate representative elections in an attempt to influence the California Democratic Party leadership composition, rules and platform, every two years. These delegates vote on Party legislative positions and who and what gets Party endorsements at the state level for the platform. Two-thirds of the CA Democratic Party votes are reserved for elected and party officials and their appointees. 1/3 of the votes are open to relatively democratic elections.

Progressive ADEMS push the CA Democratic Party to address the majority of peoples’ needs vs. the greed of corporations that work to buy off Party leadership and elected officials to server their private interests. Even while lacking critical political power, Progressive ADEMS can help to bring transparency and accountability to the electoral political process.

For more information about the AD 41 People’s Action Slate:   https://www.ad41peoplesaction.org/

Request your ballot and vote in the ADEMs elections!